Menu
For the past 10 years, NINA has been developing a complete range of software dedicated to broadcasting.

Our competency covers broadcast Automation and Digital Asset Management, Off line and Live Subtitling, Interactive TV.
Our innovative lasting solutions are dependable and serve as the cornerstone of many high profile operations including major broadcast and cable networks, individual network affiliates and small TV channels.

Smart project managers and developers skilled in video engineering, interactivity and data processing development are at the heart of the NINA team. Each member of the NINA team has a great experience in TV channel automation and has also participated in large and challenging projects worldwide. Furthermore, based on your needs, NINA offers tutoring and assistance in the integration of its solutions.

All of our know-how and competencies are devoted to the fulfillment of your projects. Our main goal is the integration of your specific requirements into the solutions we deliver. 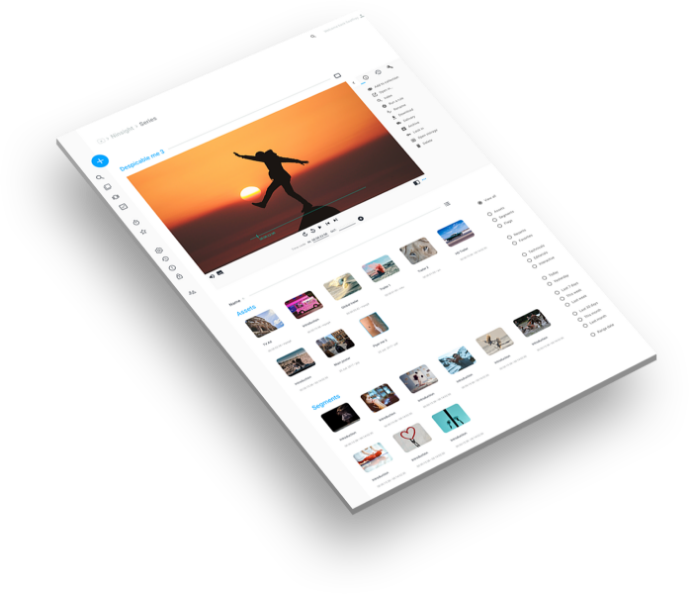 More About CTM Technologies
and Debrie

Since 1898, DEBRIE has acquired an international reputation as the leading manufacturer of film laboratory equipment. The 1992 merger with CTM, a forward-looking company in the postproduction equipment, developped DEBRIE’s product line, thus allowing the newly formed corporation, CTM Debrie, to supply world wide audiovisual professional companies with a wide range of machines for the motion picture industry, for the preservation and the restoration of moving images.

In the nineties, DEBRIE also developped a new company named CTM Solutions, acting as a seller and integrator of post production, professional audio & video solutions. Specialized in editing and film studios integration, as well as in dubbing studios, our goal was and remains to be able to fully provide and service the post-production chain, from the engineering to complete users trainings. Today, CTM Solutions is one of the main European provider and integrator of brands such as Sony, Avid, Apple and Digidesign.

CTM Debrie, now named DEBRIE Technologies, and CTM Solutions are represented under the name of CTM./DEBRIE. Both organizations give us first hand experience on the evolution of these technologies. Our staff has a perfect command of installations combining film and video equipment. Therefore, our clients find in CTM/DEBRIE an expert they can trust for comprehensive projects.

Today, CTM/DEBRIE work also on the installation of full laboratories as well as television studios and post-production facilities. Around the world, our engineers and technicians install our machines and support the sites that we equip.

With the rise of Digital HD, 2K and video on Internet, we are proud to providie not only quality equipment, but also global expertise and solutions for Film Archives, for diffusion as well as for preservation of patrimony.